Outlined below is a brief history, features and specifications of the Ford Bronco II.

The Bronco II was designed along side the Ford Ranger and used the same platform featuring a 94 in wheelbase.  The Bronco 2 is the little brother or the re-imagining of the Full Sized Bronco which was originally a compact SUV.  The Bronco II was intended to capitalize on the popularity of the core Bronco and a growing compact SUV market populated with competitors of the time such as the Suzuki Samurai, Dodge Raider and Jeep Wrangler YJ.

The Bronco II safety and rollover risk was initially brought into question be consumer groups and later the National Highway Traffic Safety Administration.  Although the Bronco II had over five times the rollover deaths than that of the Suzuki Samurai, the rate was shown to be consistent with that of other SUVs.  Despite this there was a famous case of world renown jockey Bill Shoemaker who was paralyzed after a Bronco II rollover.  Ford Motor Company chose to  settle with Shoemaker for $1 million. 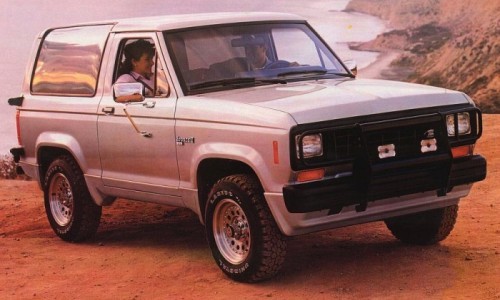 Anything else to add?  Let us know in the comments section below…

Use the search box above or the links below to sort our classifieds directory.